1. Is John Cena the Next Dwayne The Rock Johnson?

Still Real To Us brings us this John Cena Story. He was recently interviewed by FOX411, and the interviewer asks Cena if he sees himself being the next Dwayne Johnson as far as his movie career goes. Plus find out who he wants to face in the ring! 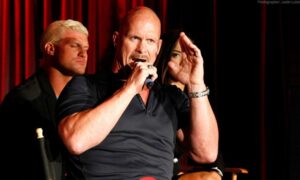 According to Wrestling Edge, the crew for Steve Austin’s reality show- He has one… on CMT. It’s called “Broken Skull Challenge”..- walked off the set due to contractual reasons. Here’s the story: 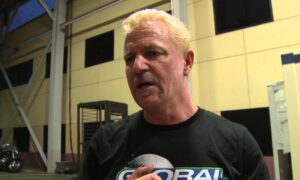 Now, we usually like to spread the love around with these Wrestling News Roundup posts, but Wrestling News Co is killing it on social media today with multiple top stories. I’m not feeling great, so I’m going to limit today’s wrestling roundup to the top 3 stories. Coming in at number 3, Global Force Wrestling owner Jeff Jarrett gives a video interview on his vision for the company:
https://wrestlingnews.co/other/jeff-jarrett-explains-his-vision-for-global-force-wrestling-and-more/

See also:
Jeff Jarett Returns to TNA Wrestling
John Cena has his own NES Pro Wrestling shirt
Remember When Stone Cold Steve Austin Won King of the Ring in 1996
and Stone Cold Made the WWE HOF in 2009