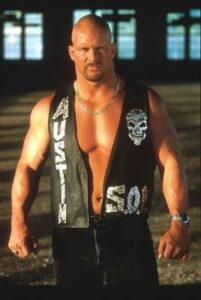 Well, it’s official, Stone Cold Steve Austin is the first inductee in the 2009 WWE Hall of Fame Class. Although at first, I had the feeling that while Austin was of course deserving, it just felt too early being Austin was still raising hell just a few years ago in WWE. But after seeing the video package WWE ran on RAW this past Monday to announce Austin’s induction, I was convinced that now is a great time for Austin to go in. It brought back so many great memories of the days when Austin was setting RAW on fire every single Monday night, and wrestling was just so fun to watch back then.

It’s changed so drastically now, sometimes we need a reminder of just how great things were about 10 years ago. Austin will no doubt be the top name inducted this year, and what better place for him to be inducted than his home state of Texas. The only thing that could make this weekend just a little sweeter, would be Stone Cold stepping into the ring one last time. I have no clue if that’s possible or being talked about, but unless WWE brings in another legend for a dream match with Austin which I doubt, WWE would have to pick one of their current stars to match up with Austin, and sadly, the only match I can think of that would be WrestleMania quality and provide the electric atmosphere, would probably be Austin taking on John Cena….and damn that would be awesome to hear Cena get booed right out of the state of Texas if he was up against Austin at the biggest show of the year.

So what’s everyone think? Happy to see Austin in? Any predictions on a possible Austin match at Mania? Drop some comments and let’s talk about the one and only Texas Rattlesnake himself, Stone Cold Steve Austin.