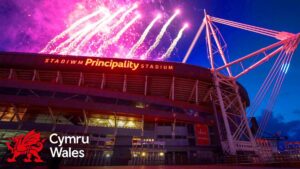 The timing seemed interesting at first being WWE usually holds SummerSlam right around the time of the event in the UK, but for the first time, SummerSlam will actually take place on July 30th, 2022. With SummerSlam also taking place in a stadium (Nissan Stadium in Nashville,) it sounds like WWE is gearing up for some major WrestleMania-like shows just a month apart.

Outside of the above-mentioned SummerSlam 92 stadium event, WWE hasn’t held a PPV in the UK since Insurrextion in 2003, which was the final PPV in a series that ran over a 5 year period of UK PPVs that we would see released on DVD here in the states.

The UK has obviously been ready for a huge event like this for a very long time, and we can’t help but look forward to their traditionally rowdy crowds. SummerSlam 92 is remembered for so many moments and the magic atmosphere, we hope the same can be said for the huge event at Principality Stadium.