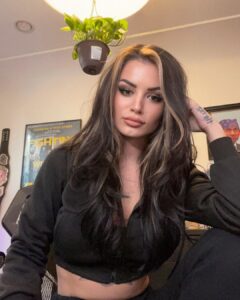 Many may read this headline and think “Paige was still with WWE?” Anyone who is a Paige fan and follows her on social media knows that not only has she still been signed with WWE all this time, but her name has trended numerous times in the past year after she’s teased an in-ring return.

Today Paige has announced via Twitter that her time with WWE will officially come to an end on July 7. Paige was thankful to WWE in the announcement and still left the door wide open for an in-ring return which will undoubtedly spark tons of rumors.

All we can do is speculate at this point as far as Paige leaving WWE due to being unable to get cleared for an in-ring return, or if the company simply had nothing else for her to do. If she can be cleared, obviously seeing her in AEW is something that is going to be brought up endlessly, but she also has numerous other options including an in-ring return to her family’s stomping ground in England.

Paige’s character was a true turning point in the “Women’s Revolution” in WWE, as she was truly different and gained huge popularity quickly. She survived a private photo controversy, a tumultuous relationship that earned her numerous negative headlines, but was able to turn things around even after a seemingly career-ending injury in the ring. Not only was Paige a memorable GM on SmackDown, but even a host on the Fox Sports show “WWE Backstage.”

Paige notes in her tweet below that obviously the name “Paige” will be no more, and her real name “Saraya” will be what she uses from here on out. The “Saraya is All Elite” graphics are likely already being made as we speak, and if she can get medically cleared, we can’t say it’s not something we want to see. Also, can we just talk about the fact that Saraya has made such an impact on pro wrestling at only 29 years old?