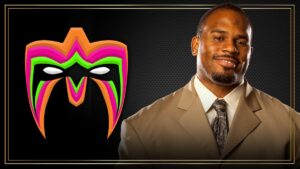 Great news today that everyone in the wrestling community can agree on, and that is the late Shad Gaspard being the recipient of this year’s “Warrior Award” at the WWE Hall of Fame as confirmed by Fox Sports.

Shad Gaspard tragically passed away in 2020 after attempting to save his son who got pulled away by an ocean current at Venice Beach. Gaspard was successful in saving his son, but instructed lifeguards to help his son before him, and ended up losing his own life.

Gaspard’s heroic story made headlines around the world and might be the personification of what the Warrior Award is all about. One would assume Shad’s partner “JTG” from Cryme Tyme will be a part of the ceremony, as well as any number of those who supported the search for Shad or shared their stories about the great human he was. Shad Gaspard joins The Undertaker, Vader, and Queen Sharmell in the 2022 WWE Hall of Fame Class.