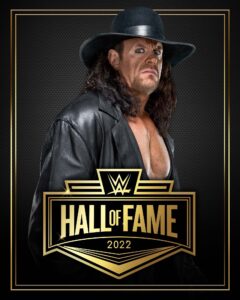 If there has ever been a WWE Hall of Fame induction that was never in doubt, The Undertaker’s has always been a case of “not if, but when.” Today it has been confirmed that The Undertaker will be inducted this year as part of the 2022 class in Dallas.

The Undertaker has had the greatest WWE career of all time, spanning over 30 years while never working for another company since his debut with the company. The timing and place couldn’t be better, as The Undertaker started in pro wrestling in Dallas in the Von Erich’s World Class Championship Wrestling, so his induction will be a true full-circle moment.

The Undertaker’s list of accomplishments over the past 30 years is far too long to list, and the evolution of his character that has spanned so many different eras is simply astounding. From his 1990 Survivor Series debut as an over the top character that fit that era to becoming the “American Bad Ass” in the Attitude Era, The Undertaker has proven time and time again why he has been a top star for longer than quite possibly anyone else.

It’s safe to say that WrestleMania 38 weekend will feel like one big tribute to The Undertaker. WWE has already released an awesome Undertaker career retrospective that will undoubtedly be shown throughout WrestleMania season: