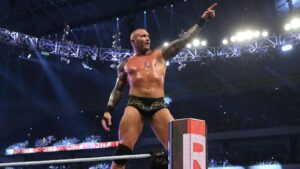 The 30th edition of WWE’s Royal Rumble made it seem like WWE was out to do a couple of things – 1. confuse fans to the point that they could hardly predict any matches for WrestleMania 33, and 2. piss fans off (or at least tease them to some degree.)

Going into the event, this year’s Rumble seemed to be like the most stacked in years being it featured another Goldberg return which lead to Brock Lesnar’s entry into the match as well.  Then we had The Undertaker’s surprise entry into the match just a few weeks ago, then add in other rumored favorites to win like Braun Strowman or Chris Jericho and we had probably the most unpredictable Rumble in years on our hands – and of course, WWE swerved everyone and left us trying to figure out what exactly the WrestleMania 33 card will look like.

First and foremost, WWE has built up the surprise element of the Royal Rumble so much that the Internet has been on fire with rumors of who might show up this year, then WWE basically throws no surprises out this year (unless you count Mark Herny…) other than NXT Superstar Tye Dillinger coming out at (what else) number 10.  While disappointing, my guess is that WWE felt like such a stacked lineup didn’t need surprises, but we all want and expect them after the great surprises in recent years.

Here’s a look at the full Royal Rumble 2017 results:

Luke Gallows and Karl Anderson defeated Cesaro and Sheamus *RAW Tag Team Championship – Short reign for Cesar and Sheamus, and Gallows and Anderson should have one the titles long ago, now they’ve lost a lot of momentum they had coming in from Japan last year.

Nia Jax defeated Sasha Banks – Rather short match with Nia Jax winning in dominant fashion.  WWE seems set on making Sasha the constant underdog, but she was defeated soundly here.  I expected Nia to use an underhanded tactic at least to beat Sasha, but it’s hard to keep up with whether they want Sasha as a top star or constantly being beaten up.

Kevin Owens defeated Roman Reigns *WWE Universal Championship – They went all out in this one with crazy table and chair spots – one thing is clear, the fans HATE Roman Reigns and didn’t want to see him win.  Jericho was in the shark cage, so Braun Strowman runs in and helps “KO” win and retain the title.  This seemingly set up a Reigns vs. Strowman WrestleMania match, but could also be the first swerve we saw tonight.

Neville defeated Rich Swann *WWE Cruiserweight Championship – Typical action-packed cruiserweight match.  Neville walks away with the title which seems to make sense after making such an impact upon his return.

John Cena defeated AJ Styles *WWE Championship – John Cena ties Ric Flair as a 16-time world champion.  Great match as usual between these 2, and while the crowd was mainly behind Styles, Cena still seems to gain acceptance from the crowd by the time the match is over (unlike Reigns.)

Randy Orton won the Royal Rumble – I have a feeling this won’t go down as an all-time great Rumble, but at least it was one that was hard to call.  The high points included Goldberg eliminating Brock Lesnar after 1 spear (he’s kicked Lesnar’s ass so much, do we have a reason for a rematch?) Undertaker eliminated Goldberg (another moment that looked to hint at a Mania match until……) Roman Reigns entered at number 30 which pissed the crowd off, then double pissed them off when he eliminated Undertaker.  All signs pointed to another Reigns Rumble win, but thankfully they pulled the swerve and Orton won.

So what does WrestleMania look like as of now? I’ve been getting multiple tweets from fans who do NOT want to see Orton vs. Cena again which is the match as of now, but keep in mind that Smackdown still has the Elimination Chamber event and that will likely switch things to Orton vs. Wyatt one way or another.  Reigns vs. Undertaker should be another match after tonight’s events, which should be a field day for Reigns haters.

Other than that we’re probably looking at Shaq vs. Big Show stemming from last year’s altercation, Triple H vs. Seth Rollins, Lesnar vs. Goldberg 3, and possibly Owens vs. Jericho.  That leaves Cena out as of now, but WWE seems to really be trying to keep us in suspense this year, and I can’t complain about that.