As we posted earlier, WWE Fired Hulk Hogan for racist recordings that surfaced, allegedly of the Hulkster using the “N word” while discussing a black man his daughter was dating.

There are so many stories and reactions about the latest Hulk Hogan scandal. 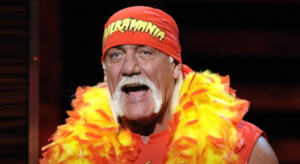 Since this will obviously be the biggest wrestling story today, we will use today’s Pro Wrestling Roundup post to share reactions from media, as well as wrestling blogs and websites. We are going to post the very top stories right now, but you can expect us to add links as more reactions come in.

Bleacher Report has the latest details and reactions, including tweets from Darren Rovell, a tweet from Hulk Hogan himself about giving God control over the storm, and an apology from Hogan himself. This might be a good place to keep an eye on updates: Hulk Hogan and WWE Part Ways

For The Win at USA Today has the news on Hogan’s removal from the WWE websites, his ‘cryptic tweet’, and subsequent apology here

7. What’s a story without the journalists at Rolling Stone weighing in:
Hulk Hogan fired by WWE over Racial Tirade

We’ll keep an eye out for the latest reactions from the New York Times, Forbes, The Economist, Buzzfeed, and any other esteemed publications we missed, and be sure to let you know.

See also:
Hulk Hogan Has a Sex Tape, and a different kind of thermos than the one I used in elementary school

Well, those are the top Hulk Hogan scandal reactions today according to social media. What are your thoughts about the Hulkster?