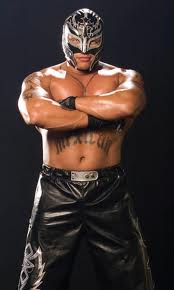 WWE has posted the following on WWE.com:

“STAMFORD, Conn. – In accordance with its Talent Wellness Program, WWE has suspended Oscar Gutierrez (Rey Mysterio) for 60 days effective Thursday, April 26 for his second violation of the company’s policy.”

Many would question how this happened since Mysterio has been out with an injury for months, but apparently, talent is still susceptible to drug testing.  Being this is Mysterio’s second violation of the policy, he’s in a “three strikes you’re out” situation where another violation could lead to his release.  It’s unclear whether this is based on a prescription drug violation or something else.  Mysterio had seemingly been fairly close to his return, but will now obviously have to wait at least 2 more months before being able to make his return.