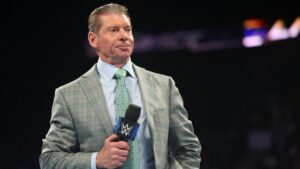 Well, this news felt like it really came out of left field but has the potential to have some major implications for WWE. The Wall Street Journal broke the news that the WWE board is investigating a $3 million settlement that was paid to a former WWE paralegal that allegedly had an affair with Vince McMahon. While the report states that the relationship was consensual, the settlement was paid by McMahon to keep the former employee from discussing or disparaging him.

Also, John Laurinaitis, head of talent relations, is also named as being tied to settlements. Laurinaitis is currently married to the mother of the Bella Twins but is also alleged to have been involved with the above-mentioned paralegal.

What may be even more interesting is that during the investigations, the WWE board (which still includes the recently departed Stephanie McMahon and her husband Triple H) discovered numerous other settlements that may involve former female employees. With all of this being made public, could WWE have its own “me too” type movement on its hands?

So what does this all mean? In all honestly, we’re not sure. This isn’t the first time misconduct allegations have been brought against Vince McMahon, but during the ’80s and ’90s, the company wasn’t public. Could the WWE Board actually remove Vince and Laurinaitis from the company? Somehow we feel like that won’t happen, but we’re not sure what the actual repercussions could be if the allegations are all proven true.

This story will undoubtedly continue to develop, so far no official statement from Vince McMahon nor John Laurinaitis has been made.