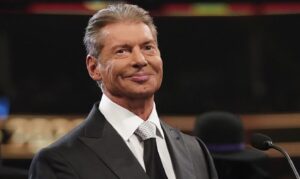 Nearly 6 months ago, we posted the news we could never imagine posting when Vince McMahon retired from WWE; today feels very similar as we report the news that Vince is officially returning to WWE as a member of the company’s Board of Directors.

While this news seems to have all come about in the last 24 hours, Vince has actually been attempting to return since December. As seen below, Vince wrote a letter to the WWE Board of Directors explaining his desire and reasoning to return, to which they unanimously rejected:

Vince McMahon’s original letter to the WWE Board of Directors on 12/20/22 stating that it was “critical” to rejoin the board as Executive Charmain, adding that it was “necessary to fulfill my commitment to doing what is best for WWE.” (1/3) pic.twitter.com/GIPfs5zfL8

As Vince is WWE’s biggest stockholder, he basically forced his way back on the board after being rejected and is bringing former board WWE co-presidents George Barrios & Michelle Wilson with him. Basically, Vince is claiming to only be returning to the board and will not change WWE’s current management. The reason for his return (according to McMahon) is to aid the sale of the company and in the company’s best interest, feels he needs to be a part of that process.

If Vince truly is just trying to help with the company sale, he may be right since WWE stock is already up over 20% since the announcement of his return. As far as the creative side, it’s a “wait and see” approach. Triple H’s creative direction has been refreshing and hopefully will continue on through the upcoming WrestleMania season.

You can read the official filing for Vince McMahon’s return to WWE here.