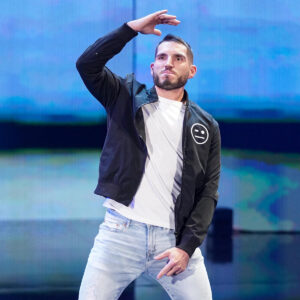 If you’ve been a fan of Triple H’s creative regime bringing back former NXT stars that got lost in the mix and either were released, quit, or not really used on the main roster, the return of Johnny Gargano has to be a bit of a centerpiece of the movement.

Gargano left NXT 9 months ago after pretty much doing it all during his time there. As Gargano himself said on RAW, he was a multiple-time champion, he’d been a face and heel, involved in multiple storylines, but a move to the main roster just never happened for him…at least not under Vince McMahon’s regime.

When Gargano left NXT, it felt nearly guaranteed that he would pop up in AEW, with many pinpointing exact dates he would likely show up. That never happened, and as luck would have it for “Johnny Wrestling,” the guys that were behind him in NXT (namely Triple H and Shawn Michaels) now run the entire company. The only hint that Gargano may be back with WWE at some point were the rumors circulating that Triple H put HBK personally in charge of contacting Gargano and working on getting him back. Looks like mission accomplished.

So the presentation on RAW was great, there was no buildup, no “mystery partner” type situation that had fans figuring things out beforehand, just Gargano’s music hitting and blowing the roof off the arena, which had him coming off like a major star. The fact that he’s been gone for 9 months opens the door for a needed refresh after seeing so much of him in NXT, but this new creative approach in WWE with less scripting and going with the natural vibes seem like the perfect stage for Gargagno’s return.

If you watched the show, you saw Theory interrupt Gargano’s return speech and the duo gave a nice nod to their history together in NXT. This type of storyline continuation is nice to see even across separate brands and also worked well to help get Johnny over with the main roster audience since Theory is obviously the guy everyone wants to see get beat up right now.

Check out Johnny Gargano’s WWE return below, as well as his thoughts following the show. Hopefully, Triple H and co. can continue riding this wave of interest and deliver compelling stories for all the new characters they’re bringing in: