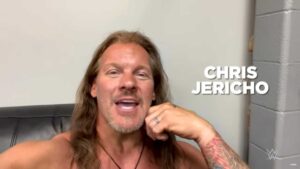 This week’s edition of RAW was, of course, centered around John Cena’s celebrating his 20th year in WWE. From the start, it was clear Cena would be the focal point of the show as the current roster paid respect to him, but the most unexpected part of the night was seeing several former Cena rivals appear, namely those that are signed with AEW.

Chris Jericho, Bryan Danielson, and Paul Wight (the latter two being listed as “Daniel Bryan” and “The Big Show” of course, because WWE) appeared on RAW praising Cena and sharing their memories. This sort of thing was pretty rare up until Chris Jericho appeared on Steve Austin’s Broken Skull Sessions where he openly discussed his current run with AEW. Still, these talents appearing on RAW was still pretty surprising and shows that the company really wanted to go all out for Cena no matter what.

You can check out the videos below, which also include several big names such as Shawn Michaels, Booker T, JBL, Kurt Angle, Steve Austin, and more: