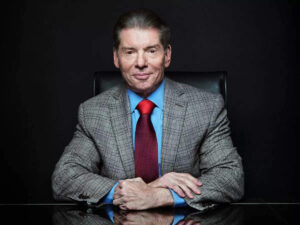 This may be the one post no one expected to ever be written on any wrestling site – but Vince McMahon has officially announced his retirement as Chairman and CEO of WWE.

We’ve been following the scandals involving Vince paying off former employees and such, and even Vince “temporarily” stepping down as CEO of the company, but Vince outright saying that it’s time for him to retire at the age of 77 was never even a thought before today.

At 77, time for me to retire.
Thank you, WWE Universe.
Then. Now. Forever. Together. #WWE #thankful

This news followed the announcement from earlier today that Triple H was back in his role as Executive VP of Talent Relations, most likely meaning John Laurinaitis, who was also involved in the payoff scandal, is also gone from the company.

Effective immediately, Stephanie McMahon and Nick Khan are the co-CEOs of WWE, but the genuine mind-blowing part of everything is that Vince will no longer be a part of WWE’s creative. When this news broke, it seemed that Vince may be done with the corporate side, but still making all decisions as far as creative. Now that we know Vince is out completely, this indeed may be an entirely new era in pro wrestling.

So what’s next? Is there more info about Vince about to be released? This is a guy who just as recently as a few months was talking about work being “fun” and never quitting – now he retires on a random Friday with no prior talk of it? Something is up, now we wait to see if we find out what.

This will obviously be an ongoing story with the entire wrestling business taking a turn, and with Stephanie McMahon, Nick Khan, and to a degree, Triple H running WWE.