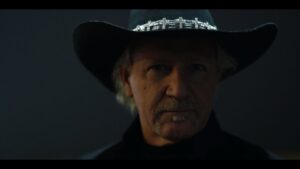 AEW remains an interesting and rather unpredictable place as of late and it was proven once again on Dynamite as Jeff Jarrett made his surprise debut for the company.

Following his exit from WWE this past August it wasn’t quite clear what Jeff Jarrett’s next move could be, but if AEW was on the table, the general thought was that it would be in a backstage role. Instead, Jarrett debuted tonight by attacking Darby Allin and seemingly joining forces with Jay Lethal, Sonjay Dutt, Satnam Singh, and Cole Karter.

Jarrett’s promo against AEW as a company was great, and Jarrett could be a top heel if the company had a bit more format to it, but adding ANOTHER heel group to a promotion with tons of them already seems like it will make things even more confusing.

Jarrett’s “Last Outlaw” character was first seen in GCW and seemed like a great role with Jarrett playing the role of the last old-school style wrestler in the company. That same character could work in AEW, but with so much inconsistency it seems like this will end well. Ultimately, it seems like a Jarrett vs. Sting match is the most we’ll get out of this, which could play off the duo’s history in WCW and TNA.

No word yet on if Jarrett will only be a talent in AEW or if he has some sort of executive or coaching role. Jarrett obviously has a wealth of knowledge both as a performer and executive/promoter, but how much power could he have in AEW with so many different captains already steering the ship?

Tune in to #AEWDynamite LIVE on TBS right now! pic.twitter.com/HTF8utadZ1

.@RealJeffJarrett makes his intentions known and clear here at #AEW!