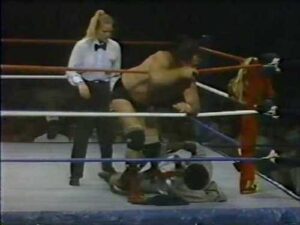 When the recent controversy surrounding Vince McMahon surfaced and ultimately led to him stepping down as CEO, it was almost like a flashback to those of us that lived through the WWF scandals in the 90s. One of those scandals involved former WWF referee Rita (Marie) Chatterton and allegations she made against Vince McMahon.

In today’s era of pro wrestling, not only are female wrestlers much more celebrated and receive way more spotlight, but female referees have also become quite the norm. While female pro wrestling referees may seem like a new idea, Rita Chatterton was refereeing on WWE/WWF TV in the mid-80s. Her time in the pro wrestling business was short, and she came forward in the early 90s and claimed that an alleged assault by Vince McMahon was the reason. 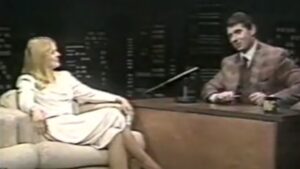 Rita’s claims came with many other claims being made against WWE at the time and seemed to just “go away” after a while without anything coming of them. Today, New York Magazine has revisited the claims which cast even more bad light on McMahon.

For those unaware of Rita Chatterton’s story, the video below tells her story along with a few other claims being made during the WWF scandal era. It’s a bit of a surprise since we’ve gone through the “Me Too” movement that it took this long for Rita’s story to be remembered. She has to be considered a bit of a trailblazer being she was the real first female referee in WWE, even though she has been erased from company history.