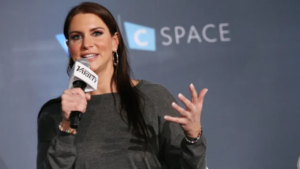 A few days ago we reported on Vince McMahon’s return to WWE as a member of the Board of Directors. Now the ramifications are already being felt as WWE co-CEO Stephanie McMahon officially announced her resignation from the company tonight.

The Internet has been buzzing with the news of Vince returning, with much debate about whether Vince is back JUST to aid with the sale of the company or if there is more to it. Based on Stephanie’s tweet below, it appears Vince is already back as Chairman of the Board and will replace Stephanie in that role:

Then. Now. Forever. Together. pic.twitter.com/8dqr5reIiv

As referenced above, Stephanie went on a leave of absence just before Vince announced his retirement, then returned to the company as co-CEO with Nick Khan while Vince was gone. It’s unclear whether Stephanie knew this would be a temporary arrangement or something she felt she’d be doing for the long term, but it didn’t take her long to resign once Vince returned.

For anyone that was worried about Vince’s return affecting the current product, there has to be twice as much worry now with such big moves taking place. Triple H is still running the creative side and Nick Khan is the sole CEO of the company as of now, which may be the only point of hope for anyone that doesn’t want to see Vince running everything again.

As we enter WrestleMania season and with the Royal Rumble approaching, things could be on shaky ground as far as what we thought would be the first “Triple H era” WrestleMania. Hopefully, all of this shifting remains on the business side and Vince remains on the outside looking in as far as the creative process…but we are talking about Vince McMahon after all.