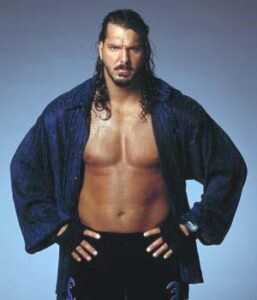 Former WCW star Chris Kanyon, who also wrestled as “Mortis” during his time in WCW was found dead Friday night of an apparent suicide. Kanyon was only 40 years old.

Kanyon was regarded in WCW for his innovative offense, performing many new moves that hadn’t been seen before. Kanyon also wrestled in WWE after WCW was bought by WWE, and teamed with long-time partner DDP for a tag team title run. In recent years Kanyon made wrestling news by coming out of the closet, saying he was held back in his career due to his sexual orientation, but his attempts at this claim never really went anywhere.

Early word has it that prescription pills were involved in his death, and some have claimed he didn’t have much else now that he had not been wrestling. As many times as attempts have been made to offer help to wrestlers and former wrestlers in situations like this, it’s still shocking every time we find out that another wrestler is gone too soon.