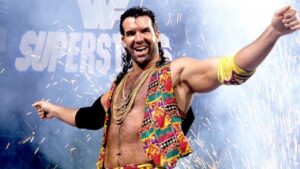 The pro wrestling world has been celebrating the life and career of the legendary Scott Hall since news broke that he was on life support after suffering multiple heart attacks after having hip surgery last week. Earlier today, Hall was taken off life support and passed away at the age of 63.

While many fans remember Hall’s legendary runs as “Razor Ramon” or as part of the nWo, Hall had been active in pro wrestling throughout the 80s. “Big” Scott Hall was a regular in the AWA and NWA throughout this time but never reached main event status. When “The Diamond Studd” showed up in WCW, that’s when things really began to change for Scott Hall. 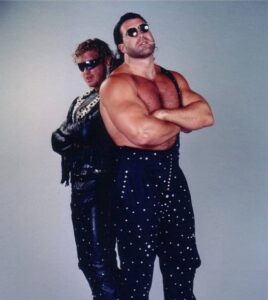 While “The Diamond Studd” was a completely new persona created with the help of Diamond Dallas page that made Hall nearly unrecognizable from his former self, it still didn’t get him past mid-card level. The look was there, but the character really didn’t come along until the arrival of “Razor Ramon” in the WWF. While the character seemed over-the-top and typical of WWF creations at the time, lightning in a bottle was captured and Razor was immediately a main eventer.

From teaming with Ric Flair and feuding with Randy Savage to challenging Bret Hart for the WWF Championship, Scott Hall was a top WWF guy right out of the gate and began creating legendary moments right away. As many in pro wrestling know, the best bad guys become the best good guys, and before long Razor had switched sides and become one of the most popular WWF Superstars during the “New Generation” era. 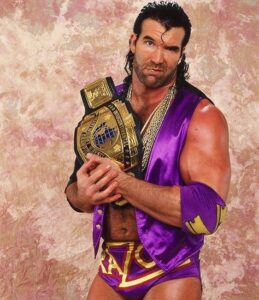 While Scott Hall’s “bad guy” persona was a precursor for “bad being cool,” things were taken to the next level in 1996 when Hall changed wrestling in more ways than one when he left the WWF for WCW. His historic WCW Monday Nitro debut kicked off what would turn into years of dominance for the company. The nWo was formed with Hall, Kevin Nash, and Hulk Hogan, and Hall became a bigger star than ever even though he left the Razor Ramon name behind. 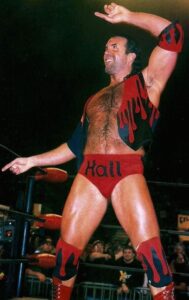 After WCW closed, Scott Hall remained active but he still had one match in the spotlight left, returning to WWE at WrestleMania 18 to take on “Stone Cold” Steve Austin. Hall’s run was short, and his personal problems seemed to be affecting him more than ever. Just when things looked like they were hitting bottom for Hall, we reported on his move-in with DDP and Jake Roberts in 2013 which ultimately added years to Hall’s life.

After getting help from DDP, it seemed like Hall was back to his former self in many ways, appearing at autograph signings, being inducted into the WWE Hall of Fame (twice,) and even being back in the spotlight at WrestleMania 31 during the historic showdown between the nWo and DX.

The above brief look back at Scott Hall’s career could never do him justice. His influence is far too large to put into words, but the outpouring on social media for him speaks volumes. R.I.P to one of the greatest of all time.