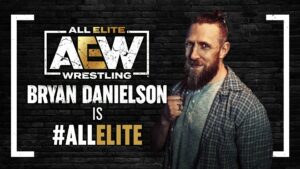 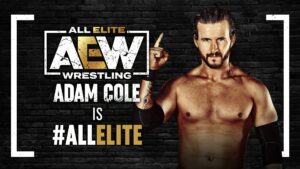 As we headed into AEW All Out 2021, we knew it would be a historic event. The return to pro wrestling of CM Punk after a 7-year absence was reason enough to turn many heads, what AEW delivered was more than most pro wrestling fans could ever imagine.

If CM Punk’s AEW debut was wrestling’s worst kept secret, Bryan Danielson (FKA Daniel Bryan) debuting for the company has to come in second. While it was known by most insiders that Punk and Bryan would be coming in, actually watching it happen has been the type of magical experience that wrestling has missed for a long time. But leave it to AEW to still throw a curveball and make it all even better.

CM Punk had his first pro wrestling match in 7 years, defeating Darby Allin in front of his hometown Chicago crowd. That match felt like a throwback to real pro wrestling that slowed things down and allowed Allin to shine in a new light even in a losing effort. While this is Punk’s very first match back, it’s quite clear that he has a whole new world of matches and stories to tell before him

As main event time rolled around with Kenny Omega defending the AEW Title against Christian Cage, there was a vibe in the air that the crowd knew Bryan Danielson would be involved somehow, with a “YES!” chant even starting after Omega defeated Cage to retain the title. But in a twist, music hit, and the crowd exploded as Adam Cole, who just recently became free from his NXT contract made his way to the ring. Cole teased taking on his former fellow members of The Elite, but turned and joined them instead. Talk about long-term storytelling!

Then the moment everyone had been waiting for happened as the familiar-ish music of Bryan Danielson hit to a massive reaction, and the Chicago crowd was ignited yet again to see another major superstar make his AEW debut. It felt fresh, it felt like guys who can definitely still “go” are now matched up with a new generation of guys they’ve never faced before. Tonight felt like the wrestling business turned a corner and we once again have real competition.

CM Punk, Bryan Danielson, Adam Cole, and we can’t forget to mention Ruby Soho (the former Ruby Riott) who also debuted at All Out (and instantly enhanced the women’s division,) have suddenly made AEW the pro wrestling TV that you literally can’t miss. So many new matches and stories to be had, and we think this back will be the night that is looked back on for years to come as the moment AEW stepped up to the plate in what could be the first real promotional war in over 20 years.