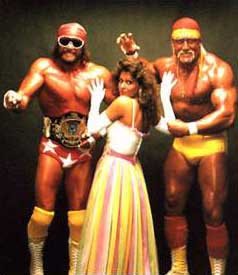 This event in wrestling history was such a breath of fresh air and had such a new feeling to it. Hulk Hogan had defeated Andre the Giant, and after that, who could be a believable challenger if Andre couldn’t get the job done? The answer was no one, therefore the Hulkster took on a new path; a great story that aligned him with one of his most bitter enemies – the Macho Man Randy Savage.

In the weeks leading up to the October 3rd Saturday Night’s Main Event, Macho Man Randy Savage had made it clear that he did not appreciate the Honky Tonk Man going around claiming to be the greatest Intercontinental Champion of all time being Savage previously held that title for a lengthy run himself. Keep in mind Savage was also a heel at the time and coming off a post-Wrestlemania 3 feud with Ricky Steamboat, who Honky Tonk defeated for the IC Title. This alone made this situation unique since back in 1987 all the bad guys were friends and you would rarely hear a bad guy in the WWF call out another bad guy like this. Macho Man was still a cool heel compared to the asshole Honky Tonk Man who no one could like, so Macho Man was the better guy in this case if you had to pick one.

The match was set for Saturday Night’s Main Event – a unique showdown between 2 heels as the Honky Tonk Man defended his Intercontinental Title against Randy Savage.  Savage had a legit reason to be pissed off at the Honky Tonk Man, so they brought the issue to the ring in a truly great old-school story. 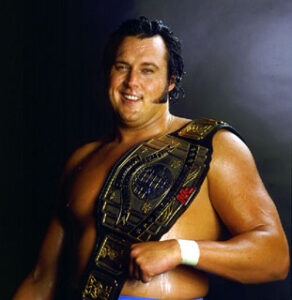 Of course, Honky Tonk Man was accompanied by Jimmy Hart which meant Honky Tonk had the Hart Foundation to call on if need be. Sure enough toward the end of the match, the Hart Foundation interfered and caused the match to end in a DQ, but the real story was just beginning, as the Harts and Honky Tonk beat down Savage and Honky Tonk got his guitar and prepared to take Savage out for good. At that moment, Savage’s valet Miss Elizabeth stepped in and blocked Honky from nailing Savage over the head with his guitar. Then right there on NBC, Honky shoved Elizabeth to the ground. Wow, this was serious business now as we’d never seen Elizabeth treated in such a manner, but this really had to open people’s eyes and hate the Honky Tonk Man even more.

This was the turning point in the situation, Elizabeth had been assaulted, the beatdown continued, and there was no way out. It was then that Elizabeth got the hell out of there and Savage was blasted over the head with the guitar. Minutes later though, Elizabeth re-emerged dragging someone along with her, which was the WWF Champion Hulk Hogan!

Now Hulk had no feud going with Honky Tonk or the Harts, he had feuded with Savage a year prior but other than that Hogan had no real connection to this situation other than he was the guy who did the right thing at times like this. Hogan sold it to perfection as Elizabeth was dragging him out, looking around with his best “WTF is going on” look on his face.  Then, as he gazed toward the ring and saw what was going on, his eyes bulged out of his head as he hit the ring and started kicking everyone’s ass.  He went back to back with Savage and they were soon facing off. The fans sensed the electricity in the air as Savage stuck out his hand to give thanks to the Hulkster, and as Hogan looked around for the crowd’s approval, milking it to perfection.  He shook Savage’s hand and the place “WENT BANANAS” as Mr. McMahon himself said on commentary.

This was one of those moments that made you happy to be a fan, it was a perfect story with a surprise ending and such a good way to give Hulk something new to do after coming off his biggest win ever. Of course, this angle alone lead to almost a 2-year story with the Mega Powers feuding with the Mega Bucks, Randy Savage winning the WWF Title, and then becoming jealous of Hogan when it came to Elizabeth which ultimately lead to the break up of the Mega Powers. But still, this Saturday Night’s Main Event moment was out of the blue, yet was so awesome to see a new Randy Savage who sealed the deal with the famous Mega Power handshake to begin a new era known as Macho Madness.