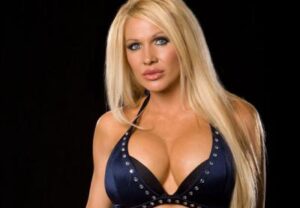 In one of WWE’s traditional release sprees, coined “Black Friday,” WWE has released and wished the best in their future endeavors to Luke Gallows, Shad Gaspard, Vance Archer, Caylen Croft, Tiffany, and Jillian.

WWE was about due for another big cleanup, and most of these stars have probably been borderline for a while now.  Gaspard and Archer are two big guys that probably haven’t reached their potential in the business, and it’s possible that we may at least see Archer back in TNA where he had a decent run under his real name “Lance Hoyt.”  Gaspard’s team with JTG, “Cryme Tyme,” was over for a while but without someone with the creativity of a Paul Heyman or someone similar behind it, it pretty much went nowhere.

Tiffany has been on the chopping block ever since a reported incident at a hotel with her real-life husband Drew McIntyre, so that release is no surprise.  Jillian Hall has been used in her comedy role for years now, and it got stale long ago.  She may also be able to find a more creative role if TNA comes calling.  Croft barely made any impact in WWE, and it’s a shock he even made the main roster really.  Gallows had the biggest recent role in WWE, as part of the Straight Edge Society.  He’s been around WWE for years now, first doing the fake Kane gimmick that probably none of you remember, then as Festus in the team with Jessie, and finally as Gallows.  The S.E.S. didn’t have a long enough run, and probably should have been much bigger, but it looks like there was nothing left for Gallows once the group was split up.

Should be interesting to see if any of these talents get interest from TNA, and also if WWE is done cleaning house or if this is only the beginning.