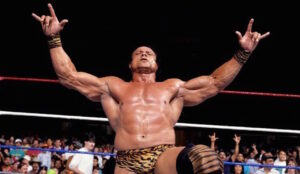 Pro Wrestling has lost one of its greatest stars ever as WWE Hall of Famer “Superfly” Jimmy Snuka has passed away at the age of 73. Snuka had apparently been battling stomach cancer, but amazing still wrestled at recently at 2014. His daughter, current WWE Superstar Tamina, appeared to be by his side at the end.

Jimmy Snuka is most well known for his run in the early-mid 1980s as he was considered the biggest star in WWE (then WWF) especially right before Hulk Hogan began his historical run in 1984.  Snuka had actually been wrestling since the late 60s and was a star in pro wrestling around the world.

“The Superfly” created numerous memorable moments that will never be forgotten, maybe none more than his infamous “Superfly Splash” from the top of a steel cage onto Intercontinental Champion Don Muraco in 1983 in Madison Square Garden.

While Hogan came in and became the focal point of the WWF, Snuka was right up there in popularity and still played a big role in the initial part of the “Rock N Wrestling Era.”  Snuka’s legendary feud with Roddy Piper catapulted Piper to instantly become the most hated man in wrestling, and Snuka also accompanied Hulk Hogan and Mr. T to the ring at the first WrestleMania.

Snuka left WWE in 1985 but continued to be a major star around the world, before eventually returning to WWE in 1989 at WrestleMania 5.  At WrestleMania 7 Snuka helped launch another superstar’s career, as he was the first man defeated in The Undertaker’s now-infamous WrestleMania streak.

In the 90s, Snuka continued to wrestle around the world, making occasional WWE and WCW appearances, and many may not realize that he was also the very first ECW Heavyweight Champion.  Even into the 2000s, it was not uncommon to see Snuka pop up on RAW for a special appearance or even a match like his final WrestleMania match as he teamed with former rival Roddy Piper and Ricky Steamboat to battle Chris Jericho.

Superfly Jimmy Snuka will go down as one of the most memorable and unique superstars in wrestling history; he was a breed of superstar that hooked viewers and made them want to see him battle his numerous rivals.  We are sure that WWE will pay homage this week to one of its favorite legends and one of their first hall of famers, the one, and only “Superfly.”