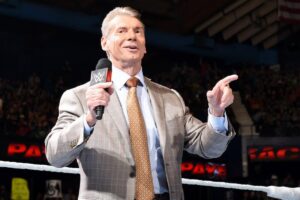 This headline is one we never thought would never be published here, but Vince McMahon has stepped down (or “back” as the press release states) as CEO of WWE, and his daughter Stephanie McMahon will assume that role in the interim immediately. This comes in the wake of Vince being investigated for alleged misconduct as we reported earlier this week.

There is a lot to unpack here, especially with the way WWE has worded this news. While Vince will not be CEO during this investigation, he will still be the head of creative, so nothing is likely to change there. In fact, WWE is really throwing a curveball by announcing that Vince will actually appear on SmackDown tonight:

So after this big controversy, Vince is apparently going to appear on SmackDown in character. Does this mean the investigation will be used on TV as well and Stephanie will appear to confront Vince? This is a very odd situation, but it is WWE after all. Less than one month ago, we reported that Stephanie was taking an unexpected leave of absence from WWE, yet now she is back and as the figurehead of the company (at least for now.) 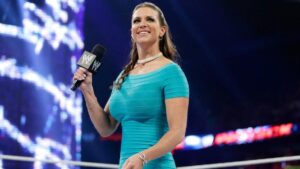 What does this all mean in the end? A lot of it depends on how this investigation plays out. Stephanie being in the figurehead role can pretty much go on for as long as they need it to. Is the word “interim” just because they feel Vince will 100% be back? Or because if he isn’t, someone else would fill the role on a more permanent basis? Years ago, Vince quietly stepping back into his role would’ve been pretty common; in today’s culture? Things aren’t quietly brushed under the rug as easily.

We knew there would be repercussions from this situation, and now we know what the initial ones are. It’s going to be an interesting ride to see how this plays out, both behind the scenes and apparently on TV too which we will begin to see with Vince on Smackdown tonight.