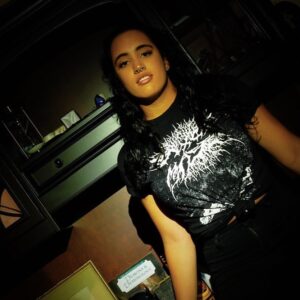 There’s been a lot of buzz on social media in recent days about the latest WWE name change that has many up in arms. It’s been revealed that The Rock’s daughter, Simone Johnson, will be known as “Ava Raine” when she makes her WWE debut.

The name change was immediately met with backlash online as many feel “Ava” should use some form of her family name, or even “The Pebble” which of course is a bit tongue-in-cheek. Simone Johnson will be a fourth-generation wrestler as her great grandfather was Peter Maivia, her grandfather was Rocky Johnson, and of course, with her father being The Rock, it’s apparent that many hoped for more of a nod to the family with her ring name.

Ever since Bron Breakker became the name of Rick Steiner’s son over the name “Rex Steiner,” all bets were off when it came to generational names. For whatever reason, WWE seems to want these talents to stand alone, even though in Breakker’s case he looks/dresses/sounds like a Steiner.

It’s apparent that Simone Johnson knows she’s going to be under a microscope regardless of the name she uses since she obviously has huge boots to fill. She’s been training at the performance center for quite a while, but a knee injury delayed her on-screen debut which will almost surely take place in NXT.

Can Ava Raine become a breakout star on her own? Time will tell.

i could build my entire career around my father & people would still bash me anyway 🤷🏽‍♀️ https://t.co/LjkQdoOpws