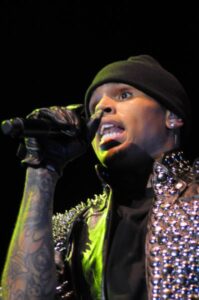 Yes, you read that headline right. Last night a bit of a Twitter war ensued between WWE Champion CM Punk and infamous woman beater/singer Chris Brown. Punk took to his Twitter @CMPunk to chime in on his feelings on Chris Brown:

“I would like @chrisbrown fight somebody that can defend themselves. Me curb stomping that turd would be a #wrestlemania moment.”

“@CMpunk needs more followers. He’s such a leader! Not to mention the roids hes on has made it utterly impossible for him pleasure a women.”

“Positivity regardless of how u feel! @CMpunk contact my assistant and I’ll have em send u an autographed pic for my biggest FAN!!!” 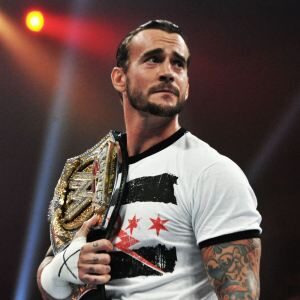 The first tweet from Brown has since been deleted, probably either because A. it made Brown sound like an idiot, picking the LEAST likely wrestler that would be on steroids and showing the 80’s “every wrestler is on steroids” mentality. Or Brown realized his English isn’t so good, OR he realized he’s still trying to play things like he’s a nice guy that is no longer capable of any kind of confrontations at all, even on Twitter.

Surprisingly Punk hasn’t responded yet, but I’m sure he will fire back at Brown since Brown left himself wide open for more. Brown really can’t win here, since this whole thing is over the fact that Brown was convicted of beating ex-girlfriend Rihanna back in 2009, and will never live that down. Kudos to Punk for calling this loser out and bringing attention to the fact that the guy really shouldn’t even be around after what he did, and is deserving of each CM Punk “pipe bomb” he receives.