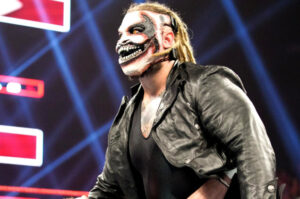 WWE has been on a spree of releasing talent lately due to “budget cuts” in the past few weeks, but today things were taken a step further as Bray Wyatt (Windham Rotunda) has been released from the company.

For the past few years, Bray Wyatt has been a main event talent in WWE who has been in a constant cycle of reinvention. His transformation from his original “Husky Harris” character over 10 years ago to the cult leader-like Bray Wyatt was a big transition in itself, but the introduction of “The Fiend” and Wyatt duly portraying a “Pee Wee’s Playhouse” type character really displayed the range Wyatt has. Earlier this year it seemed like the evolution of The Fiend character would spin off new characters for other performers like Alexa Bliss, but as it turns out, Bliss is now left to carry on the “Firefly Funhouse” legacy on her own. 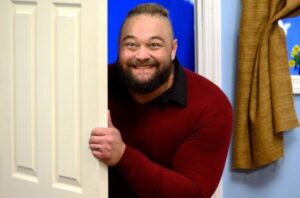 The real major thought of all this is – how is WWE letting go of another main event talent just as AEW is making strides and apparently ready to take things to the next step? With strong rumors of both Daniel Bryan and CM Punk being signed by the company (and ticket sales showing the hype for these possibilities), how can WWE just hand over another major player? Budget cuts? That’s the word according to Dave Meltzer anyway.

Bray Wyatt has proven he’s one of the most creative talents in pro wrestling, from going the extra mile to have horror icon Tom Savini design The Fiend’s masks, to even earlier this year updating that look with a “burned” look that was very “Jason” from Friday the 13th like. Evolving always seemed to be the key and we never saw a stale Bray Wyatt. But as the also recently released Mickie James put it, did WWE just have no idea how to book such an incredible talent?

I think what you meant to say was: “Thank you so much for coming up with such an incredible gimmick(time & time again)one so cool & over, we really didn’t know how to book it right. So we just gave it to someone else so we can still make ALL the money off of it & let you go”🤷🏻‍♀️ 🤯 https://t.co/rWVtbxOioA

So at this point, Bray likely has a 90-day no-compete clause, but after that, it’s hard to imagine that he won’t end up in AEW where it’s well known that talent has much more creativity and freedom with their characters. With so many fresh matchups and characters, we imagine that in just a few months, WWE may be thinking to themselves “what the hell were we thinking?” – and some in the company probably already are.

Also with WWE owning the “Bray Wyatt” and “The Fiend” names, it should be interesting to see what creative direction/character we could see next in other places.