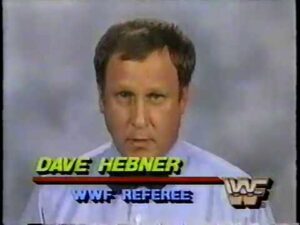 Another loss for the wrestling world today as one of the most recognizable people in the business, Dave Hebner, has passed away at the age of 73. 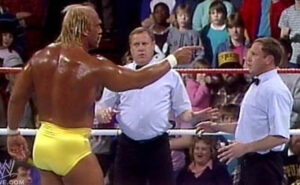 Dave was of course most known for the night he and his brother Earl were revealed as the “evil twin referees” in front of a record TV audience for “The Main Event” in 1988. While the Hogan vs. Andre match was a highly memorable moment for the Hebners, Dave also refereed the legendary Randy Savage vs. Ricky Steamboat match at WrestleMania 3. 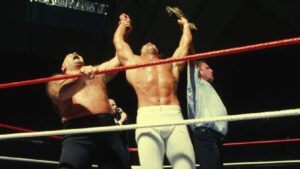 Dave was also quite visible in the “Hitman Hart: Wrestling with Shadows” documentary, working in his role as a backstage agent and as Earl’s “getaway drive” of sorts after the Montreal Screwjob. Aside from the controversy there, the Hebners have been said to be universally well-liked in the wrestling business.

When a knee replacement took Dave out of in-ring action, he remained an agent for WWE until 2005. Dave had a lengthy career in pro wrestling since the ’70s but sadly had been battling Parkinson’s disease for the past few years.

R.I.P. Dave Hebner, a referee from an era of referees who were part of some of the most memorable moments and matches ever.