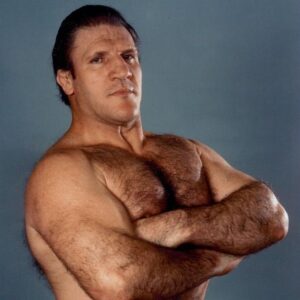 It’s always sad to report the death of anyone from the pro wrestling world, but only once in a while do we lose a true icon.  WWE Hall of Famer Bruno Sammartino has passed away at the age of 82.

When I first got into wrestling in the 80s, Hulk Hogan was THE guy without a doubt at the time, but the point was always made that Bruno Sammartino (then a commentator) was THE Living Legend.  Bruno is still the longest-reigning WWE (WWWF or WWF) Champion of all time, with his first reign lasting 8 years straight…let that sink in for a minute.  His second reign lasted 4 more years, so Bruno Sammartino spent a combined 11 years of his career as champion…we don’t use the term “icon” lightly.

If anyone has ever seen the footage of Bruno’s first reign ending as he was defeated by Ivan Koloff  in 1971, the utter silence and shock paints the picture of how wrestling fans felt about Bruno. He was an unbeatable hero, and even when he was defeated, watching him make a comeback and make another attempt to win the title or get revenge was something his fans couldn’t wait for. His legendary battles with the likes of “Superstar” Billy Graham, Larry Zbyszco, Stan Hansen, and even Roddy Piper were truly unforgettable.

Bruno’s popularity reached far and wide as even non-wrestling fans knew who he was in the 60s and 70s, and he was a major representative of the Italian population since he was literally a poor immigrant from Italy that found wild success in the U.S. and worldwide. Even after his initial retirement in the early 80s, Bruno was still brought back over the years any time WWE needed an attendance boost. Bruno even got to take part in two WrestleMania, in the first one he accompanied his son David as he took on Brutus Beefcake then Bruno participated in the battle royal at WrestleMania 2.

Though Bruno retired in 1987 for good, his place in wrestling has never been forgotten even when he wasn’t on the best of terms with WWE.  Luckily in 2013, Triple H was finally able to work out a deal to induct Bruno into the WWE Hall of Fame – after all, how can the Hall of Fame not include the longest reigning champion there (likely) ever will be?

If you’re not familiar with Bruno Sammartino or if you want to relive his iconic career, we highly recommend viewing his content on the WWE Network where there will surely be a number of specials over the next few days and weeks.  R.I.P. Bruno Sammartino, “The Italian Superman.”