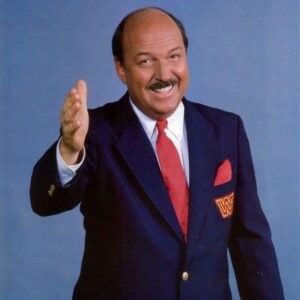 2019 is off to a rough start as pro wrestling has lost one of its most iconic figures in “Mean” Gene Okerlund who has passed away at the age of 76.

Gene Okerlund was without a doubt one of the most familiar faces to wrestling fans from multiple generations. It really is amazing to stop and think about how Gene was such a recognizable figure to wrestling fans in the 70s and early 80s in the AWA, then during WWE’s Rock N Wrestling boom in the 80s into the early 90s, and then in WCW from the mid-90s through the company’s end.

Not only was Gene Okerlund a recognizable face as an interviewer and TV host, “Mean Gene” was a character with humor and wit that could only be matched by a fellow legend like Bobby “The Brain” Heenan. From backstage skits to interviews with hosts of characters throughout the years, Mean Gene never allowed for a dull moment.

The word “entertainer” really does come to mind when describing Gene Okerlund. If you were a fan in the 80s you might remember Gene in music videos showing off his vocal talents, or even dawning a pair of tights to team up with Hulk Hogan to take on Mr. Fuji and George “The Animal” Steele (yes that really happened.) Gene was even included in the WWF LJN action figure series and the “Hulk Hogan’s Rock n Wrestling” cartoon from the 80s.

From singing the National Anthem at WrestleMania 1 to trying his best to make the Gobbledy Gooker’s debut mean something and even being the first person to interview the newly formed nWo, there are way too many classic Mean Gene moments to list. Hopefully, the WWE Network will put together a collection of moments that span Gene’s entire career…talk about an entertaining watch. The appreciation for Gene was even apparent on our own Facebook page just two weeks ago when our happy birthday post for him received over 700 likes!

Here’s Gene’s last WWE TV appearance from just last year as he did a special interview with AJ Styles at RAW 25: