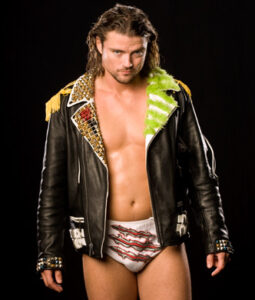 WWE announced the release of Brian Kendrick earlier today. No reasons have surfaced yet, but unless this was a release based on a wellness policy violation, this is another stupid release by WWE.

Kendrick came from Shawn Michaels’ Pro Wrestling Academy around 7-8 years ago and was always a talented wrestler, even though he was rather small. Kendrick had been in and out of WWE over the years, spent some time having some classics in Ring of Honor, before eventually returning to WWE and being put in a successful tag team with Paul London, with the duo even winning and having a long run with the WWETag Team Titles.

I think the real breakout time for Brian Kendrick was when after being drafted to Smackdown last year and breaking up his tag team with London…Brian debuted with a new heel gimmick, that being “THE Brian Kendrick.” He suddenly had some pizazz, and colorful outfits, and really shined with charisma. Sadly, WWE did nothing with it, and while he had great performances, and even aligned with a new bodyguard, Ezekial Jackson, Kendrick was never put in the spotlight at all.

This year Kendrick was drafted to RAW, and was started an angle where he was looking for a tag team partner to go after the tag belts with, but the angle went nowhere. Kendrick worked as recently as this past Monday, losing a quick match to Kofi Kingston, but still pushing a feud that had apparently just started the week earlier with Jerry “The King” Lawler, who Kendrick lost an impromptu match to.

Hopefully, more details will come, but it sounds like another case of WWE not knowing what to do with a talent, since the main event picture has pretty much been the same for years, with no change. I’m sure Ring of Honor would gladly take Kendrick back, but TNA could really use him as well as part of their attempt to be different than WWE, and of course, Japan is an option for him as well. Brian Kendrick is his real name, so wherever he goes, he’ll be able to keep that name. Kendrick is another guy I look at and see the star power that could be brought out of him if Paul Heyman was booking somewhere…and it continues to suck that he’s not.