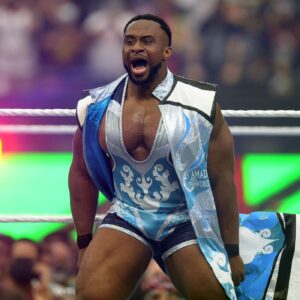 Less than 24 hours ago, the pro wrestling community came together in droves to show support for Big E after he suffered a broken neck during SmackDown. The fact that E was still had feelings in his body was positive, but the fact that doctors confirmed a break was still obviously highly concerning. This morning, Big E provided another video update and thankfully it’s a positive one.

As it turns out, while Big E does have fractures in his C1 and C6 vertebrae, there is no displacement and no surgery will be required. This is of course the best-case scenario given the circumstances. While he doesn’t provide any timeframe for a return, at least a return seems possible and that wasn’t a guarantee just hours ago.

Hopefully, this incident provides a step back for pro wrestling as a whole, so a lot of the moves done today can be re-evaluated and the risk can be weighed a bit more. As many of you have spoken out about on our Facebook, none of us want to see someone’s career end, but there seem to be way too many close calls lately.

Here’s the update from Big E who remains one of the most positive people in all of wrestling: