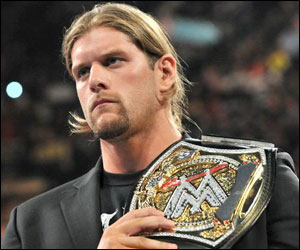 I’m sure many of you have wondered when exactly we would see Tough Enough winner Andy Leavine finally debut on WWE TV since WWE pushed the fact that the winner would become the next WWE Superstar, but that apparently will not be the case for Leavine.  Word is WWE quietly released Leavine after he had not progressed in WWE developmental.  Leavine had been working in FCW as “Kevin Hackman” in another odd case of WWE coming up with a new name for someone fans had already seen and known from Tough Enough.

While the show itself was great and got rave reviews, it seemed as if Leavine won Tough Enough maybe just based on having the most potential rather than being the one that was close to being WWE-ready.  I figured WWE would at least have Leavine in a small role on TV just to show viewers and future potential contestants that the winner does actually make it, just like they did years ago with Tough Enough winners.

Leavine seemed like he could be molded into something, so it should be interesting if he sticks with the business and tries to further himself since there are plenty of places to go and develop in the U.S. and even Internationally.  If he doesn’t pursue the business further, his highlight will be getting a stunner from Steve Austin and never being seen again.  It remains to be seen if Tough Enough returns once the WWE Network is launched later this year.