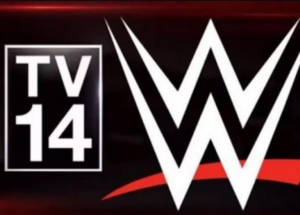 In a move that could mean significant change for WWE programming, the so-called “PG Era” officially ends this Monday as RAW returns to a “TV-14” rating.

As first reported by Andrew Zarian of the Wrestling Observer, RAW will carry the “TV-14” going forward after 18 years of being PG:

So what this COULD mean vs. what this DOES mean may be two completely different things. In the Attitude Era, RAW was “must-see TV” and a big part of that was how the boundaries were pushed. When the “PG Era” began, you knew there wouldn’t be anything controversial, you knew kids were the main target, and adult viewers were left in the dust in many ways. Now? After 18 years? Could more content aimed at adults bring many fans back?

On the flip side, does this mean we’re just going to get more cringe-worthy content the likes of which we’ve seen in the past few weeks such as Otis throwing up in the ring and the size of The Miz’s balls being a focal point? It’s doubtful that things will reach the Attitude Era extremes of “Bra and Panties matches,” “HLA,” and bikini contests, but acknowledging there is an adult fanbase would definitely be a positive.

Vince McMahon’s “toilet humor” has been a known thing for years, so we can only hope that it isn’t the main reason for the rating change. Hopefully, with Stephanie McMahon and Triple H seemingly gaining some creative power back, they realize that being edgy is the way to bring interest back and hence the change. No word as of yet on if this change will affect other shows such as SmackDown and NXT 2.0.

Will we see a RAW filled with cuss words to emphasize the new rating? Will there suddenly be more violence on the show? We will all have to tune in Monday to see if this change will actually be meaningful.