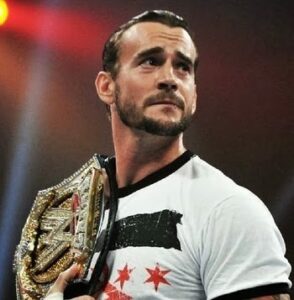 In news that will no doubt cause quite a shakeup especially during WrestleMania season, CM Punk reportedly “went home” before RAW this past week and doesn’t seem to have any intention of returning any time soon.

Punk has somewhat of a history of heading for the door when he’s unhappy; just a few years ago a real contractual situation was turned into a storyline where Punk walked out on the company after his infamous spree of “pipe bombs.”  During that time Punk ended up re-signing with WWE and had his memorable over year-long championship run.  Since then Punk has remained a popular WWE star but has really floated along without doing much of anything story-wise in recent months which is what probably played a part in him finally calling it quits.

With WWE fans already revolting over not putting the most popular man in the company (Daniel Bryan) in the top spot, the frustration with the company from all sides is at a high.  The company’s decision to put the returning Batista into the main event of WrestleMania most likely also played a role in Punk’s decision to leave.  While Punk is friends with Batista behind the scenes, seeing an aging star return and claim the top spot for WrestleMania instead of the guys that the fans are chanting for rabidly each and every week pretty much-spelled things out.

Early plans were for Punk to face Triple H at WrestleMania 30 and for Daniel Bryan to somehow face Sheamus once again at the big show, but with Punks departure it looks like Triple H vs. Daniel Bryan will now be the plan…which makes more sense story-wise right now.

CM Punk’s contract was set to expire in July, and his unhappiness with the company had many feeling he’d be leaving anyway, but now it remains to be seen if he will sit at home for the remainder of his contract and where he will go (if anywhere) once it is up.  Of course, the TNA rumors will always be there, and Ring of Honor and even the independents would no doubt love to have a star like Punk, but it remains to be seen if maybe CM Punk is just burned out on wrestling and doesn’t want to return unless a new, fresh era begins similar to the way it did in 1997.

With Punk out of the WWE picture, they will have quite the task of putting together a WrestleMania card that fans will accept and not boo out of the building.  Without question, Punk was on the shortlist of WWE stars that fans will still get behind, and it will be interesting to see if WWE realizes this and will do anything to bring him back into the fold.