The biggest RAW episode of the year is in the books and of course, there were major stories coming out of it as per every year, so I’m going to touch on the three biggest happenings from last night’s RAW. 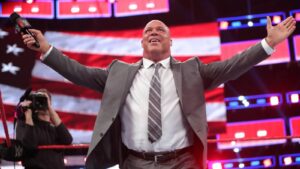 Anyone that watched the broadcast of the WWE Hall of Fame ceremony this year likely felt that they didn’t realize just how much WWE missed Kurt Angle until his speech; the entertainment, the legitimate accolades, the presence alone – Kurt Angle needed to be back in WWE and not for just one night, and now he is.

It didn’t take long for WWE to get Kurt Angle back in the mix as he was named new RAW GM, replacing Mick Foley who was “fired” last week and will be out recovering from hip surgery for the foreseeable future. Angle is obviously a great choice as he is a character that hasn’t been seen on WWE TV in years and can now interact with a whole new era of talent, as was already seen during RAW last night. Will it lead to a return to the ring for Kurt? Time (and WWE doctors) will tell. 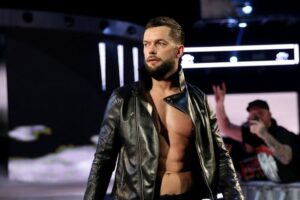 After nearly 8 months away from WWE due to his shoulder injury, Finn Balor made his triumphant return to RAW last night as Seth Rollins’ replacement tag team partner against Kevin Owens and Samoa Joe.  While it was indeed great to see Finn back in action, the overall delivery could have been better in my eyes.  First off, if you’ve kept up with results from house shows lately, you know that Finn made his in-ring return a few weeks ago and has been wrestling regularly on non-televised events; call me old school but this took some of the fire out of his return.

Second, was there anyone that didn’t think it would be Balor replacing Chris Jericho after Jericho was attacked backstage? It’s almost like they WANTED everyone to know it was Balor just so they would tune in, and maybe that was their idea after all.  I’m a fan of old-school surprises, but I can’t complain much since WWE did deliver in the surprise area over the weekend overall.

The Hardys Apparently No Longer “Broken” 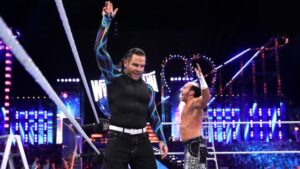 Finally, it appears that the “Broken Hardys” will officially be “fixed” so to speak for their WWE return as Matt tweeted the following:

So after all the “DELETE” chants and a few mannerisms that referenced the “Broken” character, it looks like WWE has opted to go with a more traditional form of the Hardy Boyz that rose to fame in the late 90s/early 2000s.  It is a bit of a downer for anyone that was a fan of the creativity that absolutely flowed from the Hardys in the past year, but maybe we will see a reason for Matt to become broken “AGEEN” during their WWE run….it just depends on how much WWE wants the Hardys characters to evolve and how open they will be to all the insane ideas.  Regardless of the character, the Hardys are red hot right now and the crowds are absolutely loving them.