At Pro Wrestling Roundup, our goal is to bring you the top WWE and wrestling stories found on the web. With our blog and over 12,000 followers on our social media channels, we think we are doing a good job. If you haven’t already, follow us on Facebook, Twitter, and Instagram. We post on all those channels multiple times per day. We also have a Google Plus profile and a very active Google Wrestling Community and update our Pinterest boards regularly. If you like pro wrestling, check ’em out. We don’t update our blog quite as often in the age of social media but we still try to bring you a Wrestling News and Rumors roundup almost every day, as well as breaking news stories, DVD reviews, and more. 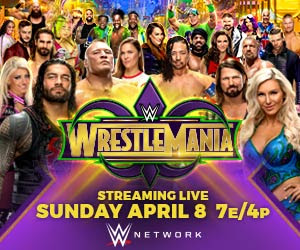 Now, onto today’s top news: The top news stories on social media in the past 24 hours all come from WrestlingInc.com. We read them every day and highly recommend the site. Since it’s WrestleMania weekend, this news is heavy on WWE and WrestleMania 33, as it should be!

Photos Of The WrestleMania 33 Completed Set

Wrestling Inc. and Wrestling Inc. readers have shared some photos of the completed WrestleMania 33 set on their social media profiles. Check out this Instagram and the rest of the photos on their site. 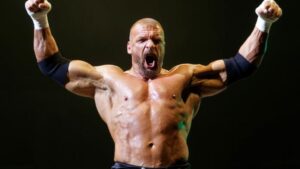 “WWE announces 32-competitor Women’s Tournament coming to WWE Network this summer
For the first time in WWE history, 32 of the top female competitors from around the world will participate in a tournament this summer on WWE Network.”