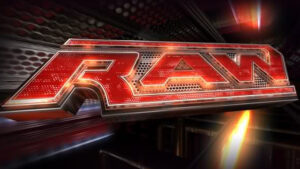 Yeah, I’m back. So for those not in the know, this is how this Live Raw Review thing works. I don’t sit here and talk about each and every thing that happens on Raw. I simply just post out my thoughts, reactions, and comments, as I watch Raw. Which means there will probably be a few typos and all kinds of shit cause Im looking at the TV more than the screen. So let’s do this…

Alright, so, Johnny Damon should never hold a microphone ever again in his life… What… the…. fuck? A tiger, and some lady chasing him with a golf club… what in the hell does this have to do with anything? Uh ok, this is officially the worst intro to Raw in the history of Monday nights, the only thing that could make this any worse is a diva match.

What the hell happened to the days of Lita and Trish? Divas with actual talent. Oh yay Kelly Kellys team wins weee……

Oh good Santa Claus is gonna grant a wish!! Will it be a gun?! Im sure Ill need one during this court segment thats up next.

My god, Lawler gets more and more annoying as each Monday passes by.

So yeah, Bret Hart is coming on January 4th, but what is he going to do? Confront HBK who has turned into a retarded sidekick? Oh lord, here we go. Empty arena, probably because a riot would have broken out during this crap. If I was 6 years old, I might find this a little amusing. Oh good, DX plugs, cause that isn’t old. Oh I get it, Bret is going to call out HBK on the 4th, and HBK will tell him to go to wweshop.com. A little…. jury…. I wanna put my head through a wall. Oh good fuck…..

Here comes Randy Orton to glare at everyone and do, nothing meaningful. Alright! Ted DiBiase! Let’s check out his acting skills in The Marine 2!

Ugh, good god, Slaughter dressed as Santa…. and he wants to make out with Johnny Damon. What in the hell am I watching? I don’t want to finish watching this, but I must press on….

Oh damnit all more little peoples court. HBK is the most retarded person on the planet. I take that back, if I was 6 years old I would have went and read a book or something instead of watch this. This is Saturday morning special quality stuff here.

Dusty Claus has a yellow dot on his suit, nice.

“Sounds like a home run idea to me.” I have no reaction to this.

Carlito vs Masters, again, for the 30th time. Uh oh Masters got a kiss now his pecs are goin nuts!

Sheamus needs to kill a seal or something. Ive seen dark match jobbers get a bigger reaction. Alright, Sheamus wins. Boring. UH OH JOHN CENA WANTS HIS REMATCH RIGHT, NOW! WOAH!!!!!! Don’t worry Cena, you’ll get your rematch, and your title back, at the next PPV. Why? Because that’s what happens every time.