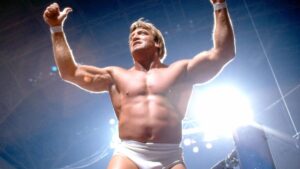 The pro wrestling world has lost another one of the all-time greats as Paul “Mr. Wonderful” Orndorff has passed away at the age of 71.

Over the next few days, there will be dozens of career retrospectives on Mr. Wonderful; Paul Orndorff’s career spanned so many areas and promotions, and his body of work is almost incomparable. Whether fans remember Paul from his up and coming days in the territories, to his legendary run in the WWF where he was a part of some of the most legendary and record-setting events ever, or during his time as a regular part of the WCW roster in the mid-’90s, Mr. Wonderful undoubtedly left his impression.

Many likely best recall Orndorff’s role in the WrestleMania 1 main event as he teamed with “Rowdy” Roddy Piper to take on Hulk Hogan and Mr. T., but maybe his lesser talked about achievement was in 1986 when his feud with Hulk Hogan generated a record-setting crowd in Toronto for “The Big Event” – an event that likely isn’t mentioned as often as it should since WrestleMania 3 happened only a few months later and shattered all records.

While Orndorff was a staple of the “Rock N Wrestling” era in the mid-80s, he appears less in the 80s and early 90s before returning to WCW and having a steady run there well into the Nitro days until his retirement, where he then became a trainer at the WCW Power Plant.

While the above is only a very brief history of the mark Paul Orndorff left on the wrestling industry, it can’t be understated that he was a next-level performer that brought believability that very few can. A real-life tough guy, an old-schooler that was put in the training that was necessary for his era, and a character that brought an intensity that is missed in today’s era.