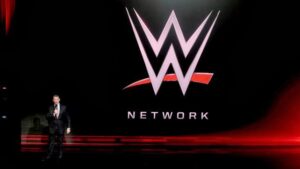 WWE has finally made the official announcement that the WWE Network is officially launching on February 24, 2014.  The network has been in the works for around three years but launch dates have been rescheduled and directions changed on a number of occasions, but now the launch of the network was made official at the CES convention in Las Vegas.

WWE Superstars Triple H and Shawn Michaels (as DX,) Vince McMahon, Stephanie McMahon, Steve Austin, and John Cena all appeared on stage to promote the WWE Network launch announcement.  While all of these appearances along with the great video presentations gave things a big-time vibe, the real meat of this event was finding out the details of the Network itself; and if things are as good as they seem in the presentation, the WWE Network will truly be a wrestling fan’s dream.

As if all this wasn’t enough, by being a subscriber to the network, you also get access to every monthly PPV, including WrestleMania.  The real kicker to this is the price to subscribe, which is only $9.99 a month!  From what we’ve read you will have to subscribe for 6 months at a time to get the $9.99 deal, but still, 9.99 a month for the monthly PPV, access to the WWE video library, and the original programming is an amazing deal.

The WWE Network is not going to be a cable channel which was the original plan a few years back, but now will be a stand-alone service that will be available on just about any device.  The demonstration at the conference showed how easy it will be to access the network on any device and be watching WWE programming within seconds.

Of course, there will be many questions for the next few months, even after the network launches.  How much of the library will actually be available?  Will the price remain as low as it is starting with?  One thing is for sure, WWE has drummed up a lot of interest and the WWE Network sounds like it will have wrestling fans locked in and enjoying hours of content.  If the access to the library continuously expands, WWE will have once again innovated a new way to connect with fans and make sure they are receiving all the WWE content they can handle.

We’re in hopes the WWE Network is as good as it sounds, and that continuous improvement will make this the hub for wrestling fans of all ages and from all eras.  More information and subscription information is available at WWENetwork.com