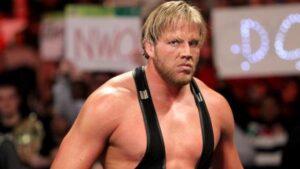 In what definitely has to be considered a case of “worst timing ever,” Jack Swagger was arrested last night in Mississippi after the Smackdown tapings.  Officers determined Swagger was under the influence and also found marijuana in his car after pulling him over for speeding. Swagger has since been released and according to TMZ, WWE didn’t have much to say about the matter so it remains to be seen what action if any they take.

Swagger just returned to WWE and has received a big push since his return, getting both a manager in Zeb Colter AND a win at Elimination Chamber which tentatively has him in line for a world title match at WrestleMania 29.  It remains to be seen if WWE will make changes now to the WrestleMania 29 match as punishment to Swagger, or if it will be swept under the rug now that Linda McMahon’s campaign is over.

It’s pretty surprising that guys who have been around a decent amount of time and who have been waiting to finally get a big opportunity as Swagger has finally been getting can still screw it up.  The DUI is one thing, but the pot makes things worse since WWE is always pushing their anti-drug message.  If you suddenly see Alberto Del Rio with a new WrestleMania opponent, there’s only one person to blame.  Apparently, a “Jack Swagger America” is a drunk and high America….yes I said it.