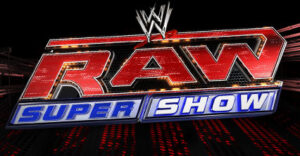 In a move that was out of the blue to us, WWE announced today that Monday Night RAW will expand to a 3-hour broadcast permanently beginning on July 23rd with RAW’s 1000th episode.  John Cena tweeted the news at a USA event in New York, and WWE.com had the story up shortly after.

MANY thoughts are already spreading about this news, with many people bringing up the era when WCW Nitro moved to 3 hours after seeing how red-hot their product was.  Is WWE red hot enough to keep people watching for 3 hours?  I don’t really feel like WWE is in a red-hot era at the moment, but they’re not in a terribly down period either.  The Rock’s return for WrestleMania and then Brock Lesnar’s return which has been limited due to the dates in his contract have sparked interest, but still, this is a bold move.

In the Nitro years WCW had a huge roster of talents and even International talents to fill up the show, but many times there were tons of squash matches and interview segments, especially in the first hour.  There had been word WWE was considering some sort of pre-show concept for RAW, so they may end up doing a lot of non-wrestling segments to fill up the time.  They will no doubt continue to use Smackdown talents on the show as well, which pretty much makes the whole separate “brand” idea useless anymore.

WWE may need something fresh, and this will allow for more time for underutilized talent to get some TV time, but it remains to be seen if WWE can really pull this off and keep it interesting.