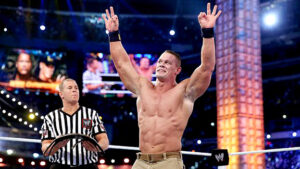 The results of WrestleMania 29 have the Internet buzzing, and for mostly negative reasons.  I gave it a night to let it all sink in and really think about what happened last night at MetLife Stadium.  The atmosphere was there, the crowd was rabid at times, and the matches themselves were overall very good and felt WrestleMania worthy.

The problem (at least for me) lies with the fact that this might have been THE most predictable WrestleMania ever.  We speculated almost 2 months ago on potential WrestleMania 29 matches and results, and the actual results were almost everything we hoped would NOT happen.  We hoped Cena didn’t beat The Rock just to get his win back (which he did,) we hoped Brock Lesnar wouldn’t have to give Triple H his win back (he did, which has destroyed Lesnar’s image as a legit killer from UFC,) and the rest of the results were nothing that shocked anyone. 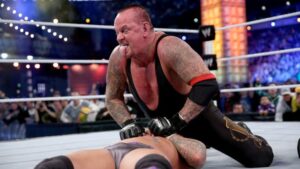 The Undertaker defeated CM Punk in what was probably the best match of the night.   This result didn’t upset me since The Undertaker’s streak is something that has become WrestleMania tradition, and The Undertaker STILL goes out there and outperforms just about everyone on the card.  The only title changes that occurred were The Miz winning the Intercontinental Championship from Wade Barrett (on the pre-show) and of course Cena winning the WWE title.  Maybe the only somewhat surprising result was Mark Henry beating Ryback clean, which I for one did not expect (so much for Ryback’s push as well.)

The biggest possible surprise that could have happened was the John Cena heel turn that everyone is still hoping for.  The night seemed so run of the mill up to the main event, that it seemed like something BIG was possible in the main event.  The way WWE had the 3 top matches back to back to back was very different, and the way Cena and The Rock just hit the ring with no special entrances or anything all seemed to signal that the ending was going to be big.  Instead, we got the dreaded situation where The Rock acts like he’s just fine with Cena suddenly, shakes his hand, and salutes him as if to pass the torch.  The only problem was, no one clapped or cheered, the whole situation was met with boos as ANYone with a brain could’ve seen coming miles away.

WWE forced us to endure more of the same with John Cena, and now we’re left with more repetition.  Is there ANYone in WWE you would care about Cena feuding with?  He’s faced almost everyone multitudes of times, and now guys that still had fire like Brock Lesnar have been deflated by losing matches that could have kept them strong.  WWE simply refuses to shake things up, and now we are left hoping they have some big plan under wraps for RAW to make things interesting after WrestleMania gave us no surprise results, cameos, or turns.