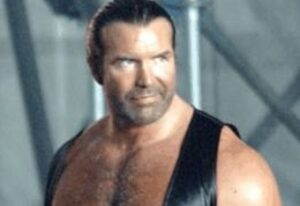 One of the most talked-about topics in the wrestling world this week was the piece done by ESPN on Scott Hall.  “The Scott Hall Story” aired on ESPN’s E: 60 this week, and showed just how bad Scott Hall’s life has deteriorated.  While the piece has almost universally been said to have done a great job, it is quite depressing and reveals some things that many of us hadn’t heard about Hall’s early life and what lead to his current state.

This type of mainstream piece on a current wrestler who is having major troubles as opposed to a wrestler that has passed away makes the show quite unique.  It’s become apparent that everyone from Hall’s closest friends (such as Kevin Nash and Sean Waltman) to Hall’s own family has tried to help him.  WWE has even paid for multiple stints in rehab for Hall, but there just doesn’t seem to be anything else anyone can do.

It’s amazing to think that around a year and a half ago, Hall was in TNA and looked to be in shape and ready for one more run.  Now he looks like an old man that can hardly get around.  We also learn in the story that Hall’s son Cody (who looks to be at least 6″7) is trying to follow his father’s footsteps into the wrestling business, but the relationship still can’t be held together due to Hall’s substance abuse.