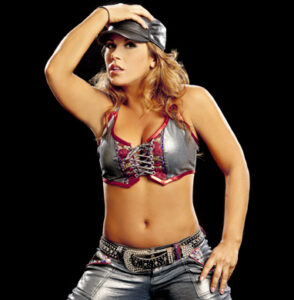 Ever since a few months back when Mickie James was released by WWE, rumors and speculation have swirled that Mickie would no doubt be coming to TNA.  Reports are now confirming that Mickie James has indeed signed with TNA, and is rumored to be debuting at TNA’s October 7th “Before the Glory” show live on Spike TV.  If not on October 7th, Mickie should definitely be in the mix no later than the 10-10-10 Bound for Glory PPV.

Mickie is a great signing for TNA, and will no doubt be the top face of the TNA Knockout division.  TNA’s Knockout division has been in need of a boost for a while now, after once being the hottest division in TNA.  Mickie was arguably the most popular Diva in WWE at the time of her release, so this is a smart move by TNA to bring yet another recognizable face that still has a lot to offer to their product.