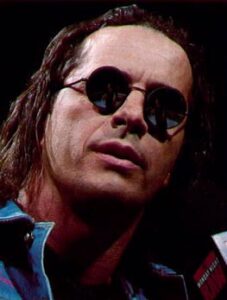 In what could turn out to be one of the biggest wrestling stories in the past couple of years, the Wrestling Observer is reporting that Bret Hart is open to returning to an on-camera position with WWE. This news is shocking because unless you’ve been living under a rock since 1997, it’s well known that Bret Hart hasn’t been willing to do anything with WWE aside from his Hall of Fame induction and his DVD project. Bret did make a brief appearance “via satellite” a couple of years ago to say something about Vince McMahon on a RAW episode but has always vowed to never be part of any angles or stories again.

Well, apparently that may be changing as Bret has met with WWE officials and rumors are swirling that the current angle on Smackdown that involved Vince McMahon putting Teddy Long on probation, which lead to the screwjob last week in the Undertaker/CM Punk match and Taker’s consequent abduction of Teddy Long on Smackdown last week, could all leading toward a Bret Hart return as Smackdown GM.

Bret is one of the few guys that hasn’t been back on TV In so many years and could really be fresh and interesting again, something WWE needs badly. Some fans are already mentioning Bret being involved with the Hart Dynasty (maybe a Dynasty vs. DX feud someday) and of course, if Bret was in the mix, some sort of big interaction between Bret and Vince could be a possibility, something people have wanted since the Montreal Screwjob 12 years ago!

I’m all for it, I hope it happens, and WWE could use a new nostalgia boost and definitely one with Bret Hart that could open up some new fresh stories while capitalizing on classic situations from the past. More updates soon on this breaking situation.