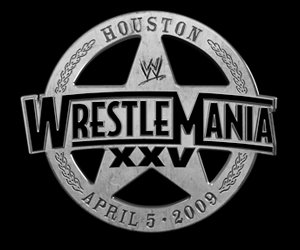 The road to Wrestlemania is in full swing, and for the first time in years, we really don’t know any of the card at all, good job WWE. Part of the reason this year has been more exciting than previous, is that WWE hasn’t been clear at all about what matches we’d see in the lineup. In past years, as soon as the Royal Rumble was over it was pretty clear what the Mania matches would be. Sure there are rumors and rumblings about what might be, but almost every match has various twists and changes possible, so I’ve decided to take a look at a few rumored or at least possible matches.

Edge vs. Triple H – This appears to be the only match that is just about a lock. H has been feuding with Vickie Guerrero for a while now, so it’s logical for Triple H to either win the Elimination Chamber and go in as WWE champ or else somehow win his way into the Mania main event.

JBL vs. Shawn Michaels – This match would be a logical step in the great feud that HBK and JBL have pulled off over the past few months. Maybe throw in some stipulations in this one and it could be a Wrestlemania quality match, based on the pure emotion of this story and great delivery.

Shawn Michaels vs. The Undertaker – This was possibly hinted at when the Undertaker confronted Shawn Michaels at the Royal Rumble and would be an awesome match with Undertaker’s Wrestlemania streak on the line once again; with both stars being from Texas and both being capable of pulling off the match of the night, if HBK isn’t up against JBL, then a match with Taker on the big stage would no doubt be awesome for the 25th anniversary of Mania.

Randy Orton vs. John Cena – Well this match would seem to make sense, only because John Cena is the World Champion and Orton is the hottest star in WWE right now, getting face pops and being the featured star on RAW every week. I’m all for Orton with the title, he is no doubt delivering the best performances in WWE, but a match with Cena? Personally, I’m not too excited about this one. If it happens, I’d like to see Orton win and be done with it, no real intrigue here.

Randy Orton vs. “Stone Cold” Steve Austin – Now THIS match, yes, this is the one Randy Orton should be having at Mania, and yes this match has been mentioned. Now Jim Ross will say Austin will never wrestle again, but hopefully, that’s just him helping the excitement along here. Austin will be inducted into the Hall of Fame the night before Wrestlemania 25, so he’ll be in Houston and how awesome would it be to see the Texas Rattlesnake wrestle his last match at the 25th anniversary, against WWE’s hottest star?

This is a match at Mania that the fans would be on their feet for, would bring the “Mania feel” to the show, and would be the perfect fit to the current storyline with Orton feuding with the McMahons as the McMahons could bring in the 1 guy they know will destroy Orton.

John Cena vs. “Stone Cold” Steve Austin – Once again, another Mania moment would be made if this match happened. John Cena, the nice guy who fits into this era of WWE’s “TV-PG” approach vs. the king of the attitude era, with middle fingers and beer drinking. This is the one Cena match I would actually enjoy watching. For this match to happen, I think Cena would have to lose the world title at No Way Out, and I don’t think that will happen, so this match probably won’t be happening, and prob has the least chance of all these possibilities.

Chris Jericho vs. Mickey Rourke – When the news first spread that Rourke would be at Mania, rumors flew and continue flying as to what role Rourke will have in the show. At first, it was believed that it would indeed be a match, but lately, the word has been spread that Rourke won’t be wrestling, but again, this could just be seeds planted to continue the story. This match would be a very cool attraction for WrestleMania and would bring mainstream coverage in a major way. If the match doesn’t happen, there is still a good amount of media that will cover it, and hopefully, Rourke will still be used in a meaningful way.

Chris Jericho vs. Ric Flair – This match makes the list due only to the fact that Flair’s name has been brought up in the Jericho vs. Rourke story, so if Rourke has backed out, there is a slight chance that Flair could come out of retirement for 1 night only with Mickey Rourke in his corner to take on Jericho.

Well so far these are the possible matches that could make the lineup, but everything could definitely change with the way WWE is going. If a few of these matches make it, then add the Money in the Bank Ladder Match and some sort of legends match rumored to promote the new Legends of Wrestlemania video game, this card could be the best Wrestlemania in the past 5 years.

Hopefully, WWE doesn’t get any grand ideas about changing the whole lineup and giving us the same boring, predictable matches that Manias in the past few years have delivered for the most part. Coverage continues here on Pro Wrestling Roundup, as we get closer to Mania each week, and learn more and more about the year’s biggest wrestling card.