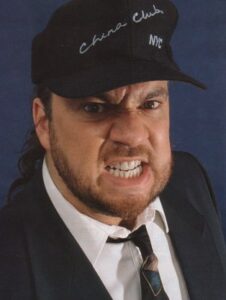 OK, many of you may answer my question by saying “Because remember, he ran ECW into the ground with his bad business decisions and dealings.” Well, that’s not what I’m talking about, fine the guy sucks with money or business, whatever. But think back to ECW, Paul Heyman was able to bring a small Northeast wrestling group to worldwide recognition in a span of a few years. The man has a gift for delivering wrestling and characters that we want to see and has the ability to adapt to the ever-changing world around us. Does the talent have a lot to do with it? Sure, but both WWE and TNA are full of good talent right now, yet overall, current wrestling is boring as shit!

For anyone that saw ECW, the entertainment level was high at almost all periods, no matter how bad WWE and WCW had raided their talent, ECW always figured out a way to entertain. Heyman also created characters even out of nobodies, and sometimes those guys went right back to being nobodies as soon as Heyman was no longer behind their characters. After reading Paul Heyman’s latest blog in The Sun, I shake my head as to why this guy isn’t working for one of the major wrestling companies. WWE wasted him and put him in on-camera roles that just seemed so wrong after being the cult leader of ECW who would step over the line and do things that had never been done, which lead to such excitement just to see what would happen next. And TNA could use Heyman now more than ever, with a prime-time 2 hour Spike TV slot, regular house shows, a great roster, yet no real direction with their show.

It’s hard to sit back and read Heyman point out everything WWE and TNA should be doing, yet they’re doing the opposite. On WWE’s side, how hard is it to see that the Miz and John Morrison should be the new “degenerates” of WWE so to speak, and be wreaking havoc? Instead, they’re on ECW every week, with more RAW appearances lately, but all that appears to be leading up to the next 3 hour RAW where Miz and Morrison will no doubt be fed to DX and will be made to look like jobbers. Sadly, Miz and Morrison should be doing much more in WWE, as they’re young fresh talents that are getting over, but DX reunion number 81 will no doubt be booked on a much higher level as usual, which we’ve seen ENOUGH of.

Heyman also points out how neither promotion is in touch with what the latest styles in fashion and music are, and incorporating them into the show, much like ECW did, which worked like a charm. But only so much can be said about Paul Heyman, egos have kept him out of the “Big 2” promotions, yet he can still help them fix things with a simple blog, but they won’t listen. All we can do is sit back and hope that someone with some sort of power or money in the wrestling business thinks just like everyone else who believes in Paul Heymans creative genius, and hopefully does something to bring this man back into the wrestling business, so we can once again be entertained, and the other promotions can finally see why the ratings are dropping week after week.