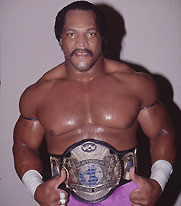 On this day in history on August 2nd, 1992, WCW shook things up in a major way. In Baltimore, Maryland at a plain old WCW Worldwide TV taping, not a pay-per-view, not a clash of the champions, just the regular weekly show, the WCW title changed hands. Now, this was WCW under Bill Watts who as many people that know their wrestling history know, ran things his own way and wasn’t afraid to try something drastically different.

In the previous months, Vader had been pushed as the monster heel in WCW, plowing down everyone, destroying Sting at the Great American Bash for the world title in almost shocking fashion. So here we are a little over a month later at a TV Taping and a Vader vs. Sting rematch was scheduled to go down. Well earlier in the night, Sting was attacked and put out of commission by a debuting Jake The Snake Roberts which in itself was absolutely huge news as Jake hadn’t been seen on the big stage since his Wrestlemania 8 loss to The Undertaker.

So here is Jake the Snake Roberts coming from the crowd, injuring Sting, and taking him out of the world title match with Vader. Of course, this angle alone would’ve been enough for a single show, but this show went on to bring out 10 guys who had the chance to put their name in a hat and the name pulled would replace Sting in the world title match. Ron Simmons name was picked – he was popular at the time but not exactly main event level, so the obvious assumption was that Simmons would be another win for Vader on his monster heel run, but WCW and either Bill Watts or Dusty Rhodes (differing stories over the years) swerved everyone and Ron Simmons caught Vader in a powerslam and won the WCW world title to a huge reaction.

This was a great moment in WCW, as the emotion of the fans was real, it made for a classic moment that is great to relive. Here is video of this classic shocking moment from WCW 1992: