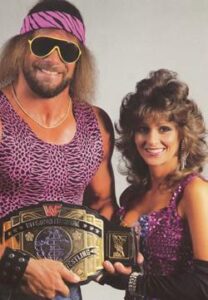 New feature time wrestling fans! I’ve been told that this site is making a comeback with the great former writers/reporters returning and some new ones on board, so I’m ready to help and make the site grow! Since the coverage of current wrestling news is being kept up with, I’ve decided to do a feature that I wanted to do since I first joined this site and that is re-living classic moments from the glory days of wrestling, so I’m calling it “Remember When…” Each post will feature a great memory of an event, match, or big angle and I’ll usually try to pull something that happened on this day in history which is what I have done with this inaugural post.

Remember when…Macho Man Randy Savage burst onto the WWF scene in 1985? He was a bright and charismatic star that was immediately a top act. Of course, just about every top heel in WWF during that era had a manager representing them, so Savage’s debut of course had all the managers looking to sign the new guy who was making waves. Now watching wrestling back then was great, no Internet to ruin everything about everyone, so I had no clue that Macho Man had already made the rounds in his dad, Angelo Poffo’s promotion ICW, and even been in Memphis feuding with Jerry Lawler and many others. So this guy was totally fresh and exciting, and sure enough before long all the managers were coming out and scouting the Macho Man; Freddie Blassie, Bobby Heenan, Jimmy Hart, Johnny V., and Mr. Fuji were all looking to sign Savage. Ah the good old days when each manager had an army, then made deals to trade guys, hire and fire guys, constantly a changing scene with the managers.

Well after weeks of speculation as to who would get the big contract with Macho Man, the time came for him to reveal who he had picked. It was this day in history, 23 years ago on July 30th 1985 after a squash match, Macho Man grabbed the mic as the managers watched on….and announced he had chosen NONE of them. Instead, he had chosen someone new and very different, and with that, he brought out the one and only Miss Elizabeth! 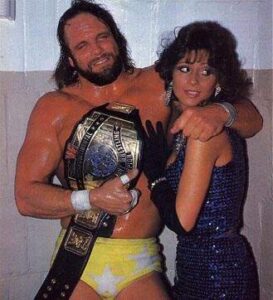 At the time, it was a “who the hell is this” moment. Some petite hot lady walking down to the ring had just signed the hottest free agent in the WWF? Damn, good times in wrestling. And what we didn’t know at the time, was this was Macho Man’s wife who had even appeared on his dad’s TV show for ICW as an announcer before, but again, due to the great way wrestling USED to work, nobody had a clue and we were all successfully kept in the dark. Macho Man then went on to even bigger success with Elizabeth at his side, winning the Intercontinental Championship from Tito Santana in 1986 and reaching the mountain top as WWF Heavyweight Champion in 1988.

The Elizabeth character played such an important role for years to come; early on she was the successful woman who had outdone all the veteran managers and scored the big talent, but then she went on to become the person Macho Man always interrupted during interviews, put in the way of an attack, and basically treated her like his doormat which of course lead to sooo many classic angles like the George Steele crush on Elizabeth, the legendary Steamboat/Savage match, and ultimately Macho Man’s face turn and formation of the Mega-powers with Hulk Hogan – all due to Miss Elizabeth going the extra mile for her man. During this era of wrestling Elizabeth earned the title of “First Lady of Wrestling,” and this moment in history when she first walked down the aisle and aided in Randy Savage in beginning his era of the Madness will always be remembered as a golden era in 80’s WWF wrestling. 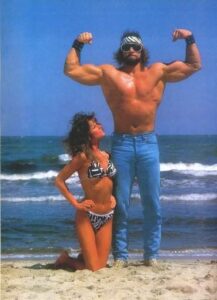 Hope you enjoyed this first feature, I plan on sittin around my campfire and reminiscing about many many more classic moments from my day, the glory days of wrestling.